Bella Hadid Nose Job Plastic Surgery Before And After Photos

Gigi Hadid’s sister Bella Hadid has also been fetching with plastic surgery controversies. Different social communities and spectators are speculating for Bella Hadid nose job plastic surgery. If we compare her before and after photos, we can notice a clear difference in her nose and lips. Her nose was so thick with a round fat nose tip as well as her lips were also thinner. But now her face looking quite different then of her image in 2010. Yes of course! She is looking stunning after she has portraying as an American fashion model then a common girl. Various spectators and social communities have made various allegations on her appearance in which Bella Hadid nose surgery is the most controversial.

Younger sister of Victoria’s Secret model Gigi Hadid, ‘Bella Hadid” was born on 9th October, 1996 at Los Angeles, California, United States. She is the youngest daughter of American reality television star ‘Yolanda Hadid’ and her husband the real estate advisor ‘Mohammad Hadid’. Although Bella was interested to become an athlete but later seeing her older sister Gigi, she raised her interest toward modeling and join the Parsons School of Design and signed with a modeling agency and soon become knowing as an American fashion model and the younger sister of famous model Gigi Hadid. 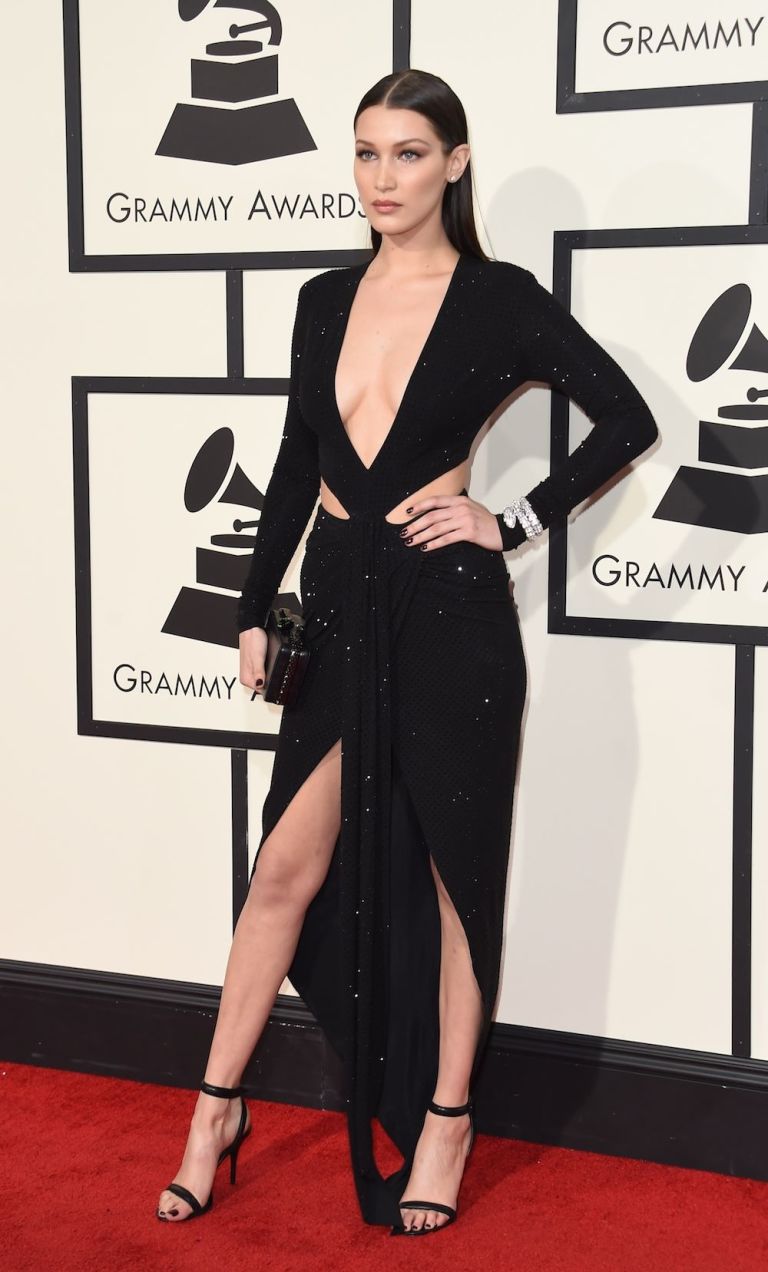 Bella has been speculated for having nose job (rhinoplasty) and lip fillers due to her instant change in her before and after appearances. In 2013 when her modeling career was begin, her nose was much rounded and thick while now if you compare and examine Bella Hadid nose job before and after photos, you can easily examine that there is a prominent difference is lying between her then and now nose. Now her nose is looking slimmer and refined with a thinner and pointed nose tip.

Moreover if you compare her lips (especially upper lip), you can notice that it was sleek and thinner while in her after photo you can see that her upper lips flaunting lip fillers and looking plumed. Her pout looks so stout and over all her face looks exactly like a model. 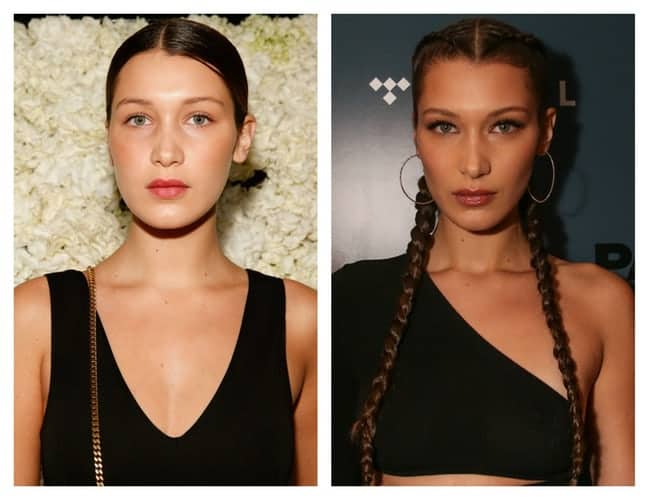 Various social communities like OK! Magazine as well as A cosmetic plastic surgeon Dr. Jonquille Chantry has examined Bella Hadid nose job before and after photos and stated that her arched eyebrows and razor sharp cheekbones are indicating the botox and her lips are not doubt a result of lip fillers. Her facial shape which was square has been now changed to oval, as well as her nose too.

Well till this time, Bella has not been addressed or react about any of her plastic surgery rumor. But hence there is a clear difference could be notice between her before and after photos and offer you to be in relate with this page because as soon as we get any report or media talk about her plastic surgery we will share with you. 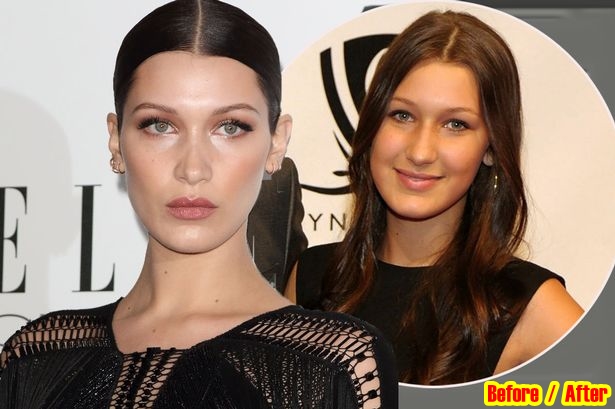 Bella Hadid nose job or Bella Hadid rhinoplasty plastic surgery has discussed here with her before and after photos. For getting any further updates or latest news about Bella Hadid plastic surgery transformations, just keep on watching this website because as soon as we get any news or report we will update here on this post along with her then and now photos.